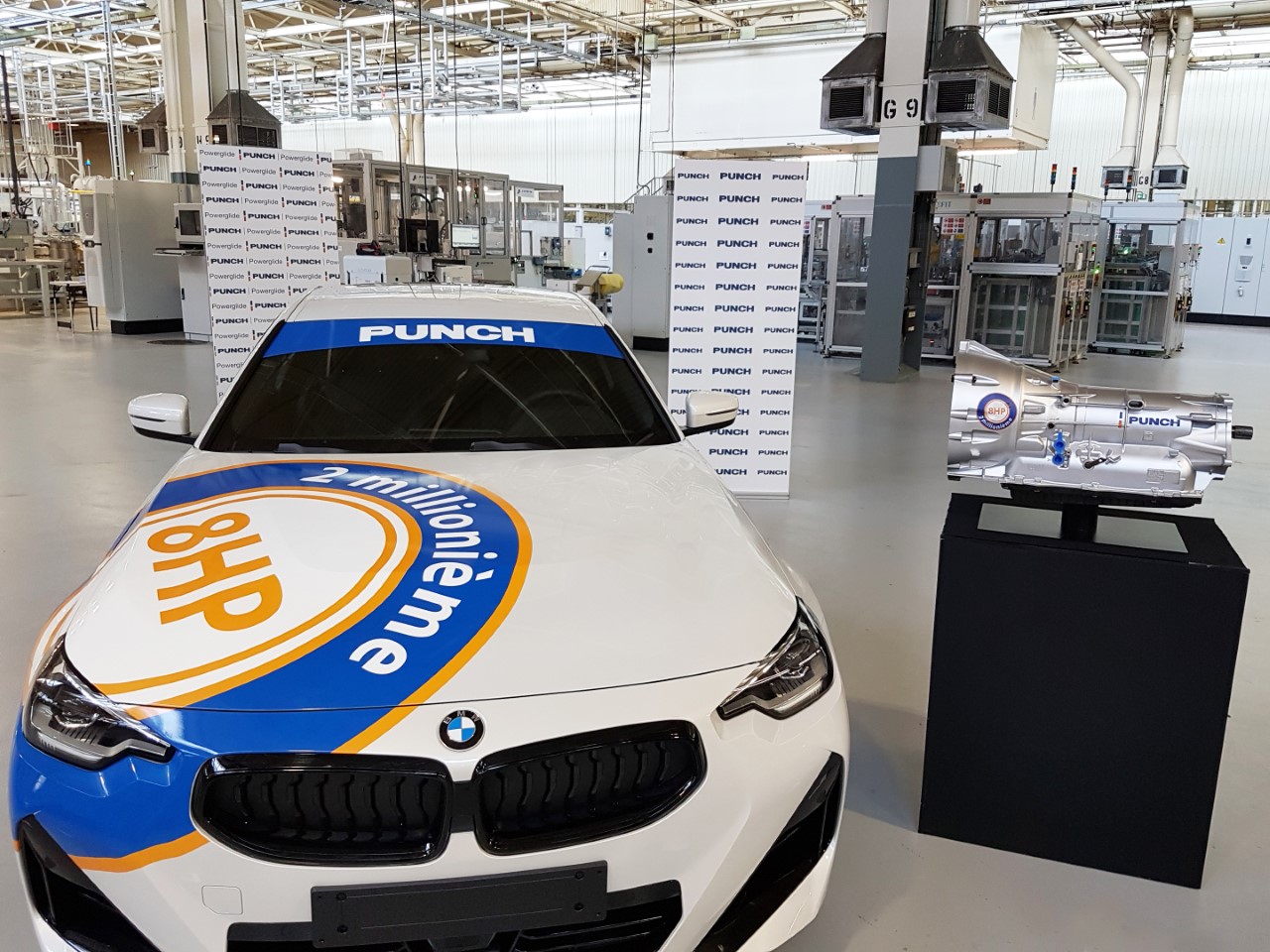 Since its takeover in early 2013 by the Group of Guido Dumarey, PUNCH Powerglide has always kept up with technical evolutions and market requirements, with the objective of customer satisfaction.

Today, almost 2,000 automatic 6 and 8 speed transmissions are produced per day by PUNCH Powerglide, which exports 100% of its production worldwide to well-known car manufacturers and equipment suppliers.

The company has become a worldwide supplier of automatic gearboxes through the expertise and know-how of its employees over the past 50 years.

Today, PUNCH Powerglide has reached the milestone of producing its two millionth 8HP transmission under ZF licence for use in BMW vehicles.

"We are proud to have successfully reached this milestone in the production and delivery of the 8HP transmission," commented Arnaud Baïlo, President of PUNCH Powerglide. "This achievement is a confirmation of our ability to meet and exceed the quality and service levels →requested by our customers and thus contributes to the strong ties of our partnership.”

PUNCH is now pursuing its development in the vehicle electrification market, which is currently the main solution to the regulatory requirements for reducing CO2 emissions.

The Group has already invested more than €40 million in new production lines for the 4th generation of 8HP components and is also developing in the field of reducers for electric vehicles.