Obtention of the French Label “Productivez ! 2014”

PPS Company was honoured with the French Label “Productivez ! 2014”, in Paris at the French Automobile Club.

The Ceremony was held at the French Automobile Club under the sponsorship of the DGCIS (Direction Générale de la Compétitivité, de l’Industrie et des Services : a Directorate in the Ministry of Economy, productive and digital Development) and the presence of Mr. Jean-Pierre Bel, President of the French Senate.
The “Productivez !” labels are created by the Symop (Syndicat des machines et technologies de production) and aimed at recognizing industrial companies committed to major investments focused on optimizing the production facilities and processes toward competitiveness and employment.

This Label has been awarded to Punch Powerglide Strasbourg for the launch of a major investment project of 156 million euros dedicated to the production of a new 8-speed automatic transmission, the 8HP50. It enhances all efforts made by PPS company to further develop and modernize its production site.

PPS is now competing for the “Productivez ! 2014” Prizes rewarding the most emblematic investments among the winning companies of the Label 2014. 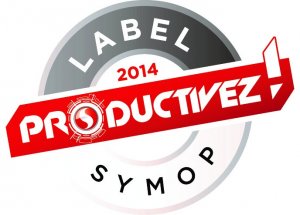