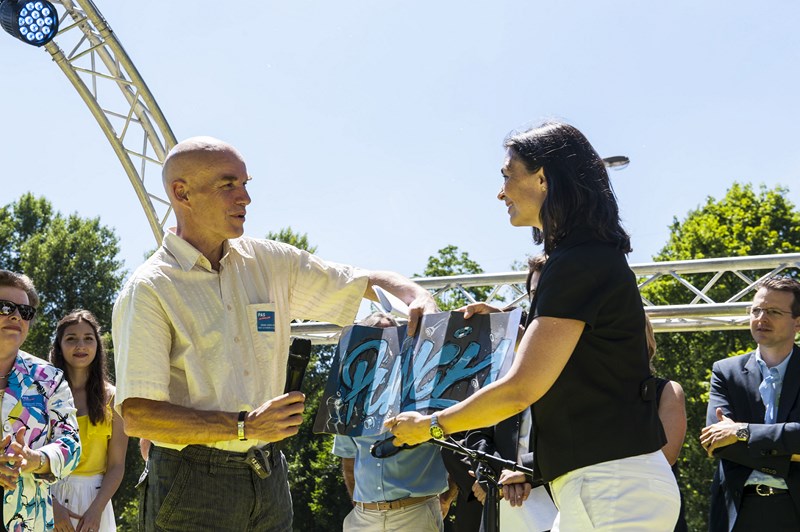 During the Ceremony of « l’Estivale du Port » held by the Port Autonome de Strasbourg, PPS has been given the Award for Industrial Development, a recognition for Punch Powerglide Strasbourg’s massive investment of 156 million euros dedicated to the industrialization of a new 8-speed automatic transmission.

Building on the success of the previous events in 2011 and 2012, the PAS has renewed the initiative in order to further dynamize the networks between the various PAS partners and companies located in the port area. During the ceremony, Mr. Jean-Louis Jérôme, the Port Director, presented the Award to Mrs. Einhorn-Damm, PPS  Director of Human Resources.