Our cooperation with the OEM, ZF is one example of a sound partnership. On 21 December 2012, ZF, PUNCH Powerglide and General Motors entered into a Tripartite Working Agreement: PUNCH Powerglide industrialises the latest generation of ZF 8-speed automatic transmissions under licence. Within the scope of this agreement, PUNCH Powerglide provided the full investment. Both parties worked in close liaison and succeeded in launching a brand new production line in a record time of 18 months. As a consequence, production started on schedule in the summer of 2014. Right from the outset of this cooperation, PUNCH Powerglide successfully demonstrated its ability to adhere to and even outperform the level of quality required by the end client and thus contribute to its satisfaction.

These excellent results quickly led to a decision to increase the production capacity. This is when the former French Minister for the Economy, Industry and Digital Sector, Emmanuel Macron, visited the Strasbourg site in April 2015.

Thanks to an investment of 232 million euros to date, PUNCH Powerglide was ranked one of the biggest industrial investors of 2014/2015 in France and received several awards such as the "Meilleur Investisseur Belge en France" (best Belgian investor in France) by the agency Business France. PUNCH Powerglide and ZF have since bolstered their partnership for other types of projects.

August 28, 2018 is an important date for PUNCH Powerglide's partnership with ZF. Between July 2014 and this day, PUNCH Powerglide has manufactured one million gearboxes  for its German customer and partner ZF, mainly for BMW vehicles. 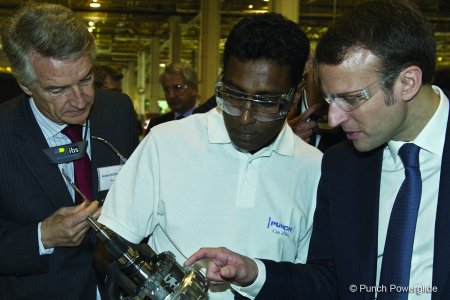 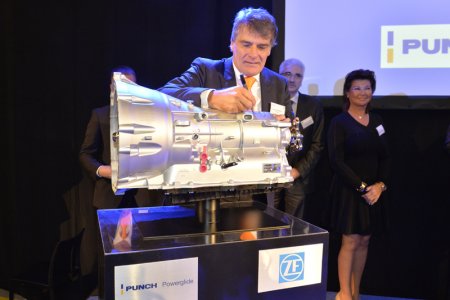 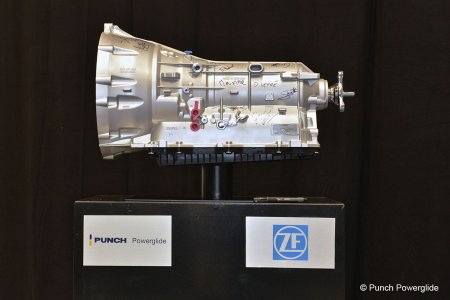 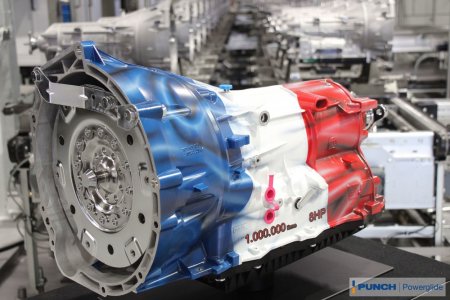